Where Award-Winning Beer is Born

Come see where our beer is made and how we do it.  Located just down the road from our restaurants, the brewery is a fun place to see the beer-making process in action.

Take a tour, sample plenty of beer, and afterwards stay for some fun and games in our brewery taproom.  Sit and relax on the patio, or maybe pick up a game of cornhole!

We have merchandise for sale at the brewery that includes pint glasses, t-shirts, and coffee mugs.

No Reservations for tours necessary.

The tours start from the back Hangar bar at the hours above.

Children of any age are allowed on the tour!

The tour length is approximately 30min

We have 19 different beers on tap for you to try. Samples of any beer are free!

We offer pints of beer for sale at the brewery

We have 6-packs, 4-packs, and cases of beer for sale at the brewery

We are more than happy to allow you to try a sample of any of our beers before you buy a pint.

Drink responsibly if you want to.

We give you beer on the tour.

Cans are better than bottles.

Aviator Brewing Company started in Nov 2008 in an airplane hangar. I (only one employee..me) initially brewed into two used dairy tanks. Each tank held 300gallons of beer. Much to our surprise we quickly outgrew these tanks!

I added two used 30bbl fermentors to the brewery and the capacity increased. In Jan 2009 we had started distribution into the Triangle area. The demand for the beer grew faster than we could brew. We had 1 employee.

In April 2010 we moved from the airplane hangar at Triple W airport to a larger building about 4 miles away. We have expanded the brewery yet again and have added more fermentation tanks and a large cooler. We had 4 employees.

In Aug 2011 we added a 8 head Cimec 22oz bottling system to put some of our beer on the store shelves.

In Nov 2012 we added a Canning machine and are canning HotRod Red, HogWild IPA, and Devils Tramping Ground Tripel and all of our seasonal beers.

We sold our bottling line finally! We only can our beer now for better quality.

Nov 2014 Aviator acquires the rest of the Varina hotel building and plans to knock a hole in the wall for the Aviator Event Space for beer dinners and events.

We just picked up Korea, Taiwan, Brazil for export…May 2015.

May 2015 Aviator signs a sales contract to purchase the Gold Leaf tobacco building in Varina a 5-acre site.

July 2015 we just ordered a still…we are gonna make some liquor.

Aug 2016 Sign new contract with wholesaler in the UK for distribution to 1800 locations.

Nov 2016 New canning line startup! One of the fastest canning lines for craft beer in the world! Our new still for liquor is installed and ready for operation.

Nov 2017 We started construction of the Aviator Kitchen onto the Aviator TapHouse. The kitchen opens April 2018.

March 2018 Aviator purchases 202 Main St. in Fuquay Varina, the old Elliotts Pharmacy building. We plan to open Aviator Diner which will re-create some of the local favorites from the pharmacy lunch counter days.

Jan 2018 We will start the planning of a large brewery expansion to increase capacity on a new 5-acre site with the addition of a restaurant (yep another one!), bar, and larger still to complement the one on the way to the brewery now. Hoping the new brewery has a helipad. We are adding a new 4-vessel 60bbl brewhouse fully automated.

More on the New Brewery

This Tripel ale will grow hair in places you don’t want. Our Tripel is a golden colored ale that has a fruity spicy flavor that finishes a bit sweet. The Devil’s Tripel is light tasting from the addition of candy sugar. We add just the right amount of hops to balance out the sweetness.
Available in 4-pack/12oz Cans, 4-pak/16oz Cans, 50L kegs, and 1/6bbl kegs

A golden brew made with Pale Ale and Vienna malts. A veritable fest of Chinook, Columbus, and Cascade Hopps then dry hopped with Magnum and Williamette. A very hoppy and refreshing award winning ale
Available in 6-pack/12oz Cans, 4-pack/16oz Cans, 50L kegs, and 1/6bbl kegs

This oatmeal stout has an explosion of flavor created by dark roasted grains, and a 2 row barley. A full bodied oatmeal stout that has tastes of chocolate and a smoothness from the oatmeal.
Available in 4-pack/16oz cans, 50L kegs, and 1/6bbl kegs. 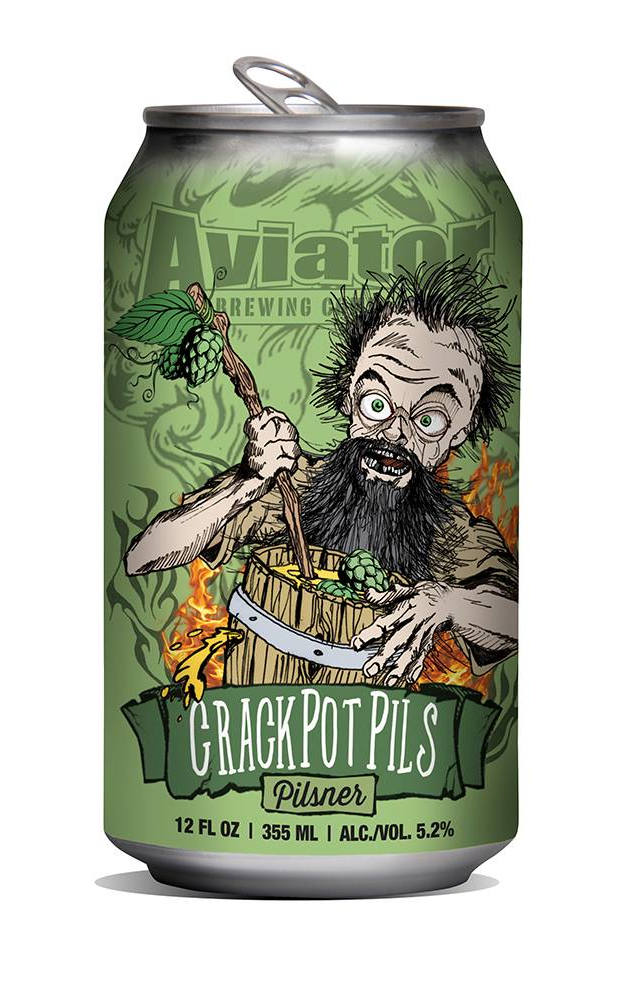 Enter Your Info So We Can Notify You If You Win!